Latest News
Home /Why the Tiger economies are poised to pounce

After seven years of flat earnings growth, the Asian market is showing signs of life again. The Tiger economies are waking up and are on the prowl, led by a resurgent China.

Asian stocks, excluding Japan, outperformed the world in 2017 (see Chart 1) and many analysts believe the region is likely to continue its growth story through 2018 and into 2019, but of course analyst forecasts are by no means a guarantee of performance. Firstly, low cost labour is not low-cost anymore – especially in China, where wage growth has been quite rapid. Secondly, Asia’s market share of world-produced goods is so high they can’t gain any more market share. As of May last year, Chinese companies accounted for more than 25% of the global manufacturing industry, while the country was the leading producer of 220 of the world’s 500 major industrial products. (Source: Ministry of Commerce of the People’s Republic of China, May 25, 2017).

In terms of growth, where does China go from here? Firstly, we think local brands will gradually eat into the market share of multinationals in local markets. The next growth leg of Asia will then come from increasing the value of the goods it sells to the rest of the world.

Historically, Asia has generally been associated with low-cost manufacturing and consumer goods. That’s changing. China is at the forefront of this change, and for the first time ever, we believe China will spend more on research and development (R&D) this year than the US and within five years we think it may spend more than the EU and US put together (see Chart 2). This is a huge shift and it’s in new areas, like electric vehicles, renewable energy, healthcare, artificial intelligence and virtual reality – things we will embrace in years to come and have the potential to become part of our day-to-day lives.

Please note that this is a forecast. Actual future government spending on research and development and the number of patents filed from these countries may differ considerably.

Our belief that China will lead Asia’s cutting-edge growth story stems from the increasing number of patents filed from the country, and across the Asian continent. Of course, filing patents does not necessarily equal growth or economic success. But as you can see in Chart 2, China is producing more robotics on an annual basis than South Korea and the US put together, and we believe the efficiency of their manufacturing over time will continue to improve.

So, what does all this mean for investors? Historically, Asian growth has been accessible for investors via Western firms selling goods into the region – think HSBC, Louis Vuitton and BMW, for example. That’s probably not the way we can look at it going forward. Local companies are targeting the market share of global brands as the quality of their goods and services improves.

The next step for local brands is to be competitive internationally. How many Chinese brands are we going to start seeing in our shops? Some brands already have a sizeable presence in Western markets. For example, Chinese video surveillance company Hikvision has grown to become the largest CCTV hardware provider in the world – although not many of us would recognise the name.

A more familiar brand, perhaps, is Alibaba: founded in 1999 as an e-commerce platform and has grown into a $480 billion organisation with a success story similar to US rival Amazon.

Of course, the region’s growth is still vulnerable to economic and political risks. The war of words between the leaders of North Korea and the US are a cause for concern, but recent developments have given us some encouragement that the situation is improving.

The US President’s protectionist policies are a more immediate concern. His decision to impose a 25% tariff on steel imports and a 10% tariff on aluminium imports might cause some nervousness in the markets with talk of a ‘trade war’ doing the rounds. From China’s perspective, however, exports have become less and less important to the national economy, dropping as a percentage of the country’s GDP from 37% to 19.6% in the 10 years between 2006 and 2016.

In our view, we think this all points towards sustained growth in Asia, and that local companies will facilitate this growth, rather than Western brands selling goods into Asia. We believe there is significant earnings growth potential for local Asian brands and we hope this will be matched by dividends growth.

The information in this article does not qualify as an investment recommendation.

The value of an investment and the income from it can fall as well as rise and you may not get back the amount originally invested.

Prospective investors should be aware of the risks of investing in shares listed on emerging markets, which may be more volatile than more developed stock markets.

Changes in the rates of exchange between currencies may cause your investment/the income to go down or up. 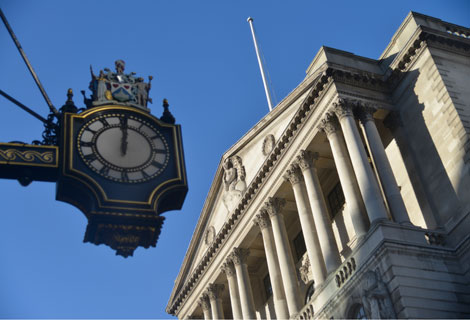