It is 30 years since the launch of the Aberdeen New Dawn Investment Trust PLC. Asia is both the same as, and fundamentally different from 1989. It is still home to fast-growing economies, an emergent middle class and innovative companies. However, there are important differences, with far greater discipline among governments and the corporate sector, stronger governance and a professionalisation of financial markets. Lessons have been learnt to drive sustained growth in future.

The Asian crisis of the late 1990s was the flashpoint. Ignited by a series of speculative attacks on the Thai currency, confidence drained from Asian economies and precipitated a savage financial crisis. The crisis was flamed by high levels of dollar-denominated debt.

The lessons learned from this crisis have underpinned the recovery and future growth across the region. In the late 1980s and early 1990s, growth was fast, but chaotic and ill-disciplined. Companies borrowed as much as possible. With little international support for their currencies, long-term financing was often only available in US dollars. This proved a particularly uncomfortable lesson when currencies devalued. It was a poor model of growth, and one that Asian countries have, by and large, never repeated.

The clearest indication of how far the region had come was 10 years ago in the global financial crisis. While the Western banking system was mired in crisis, the Asian banking system showed real resilience. The Asian crisis was fresh in their minds and the banks well understood the dangers of leverage. While Asia could not escape the financial repercussions, its recovery owed much to the strength of its banks.

Over the three decades since the launch of the Aberdeen New Dawn Investment Trust, the growth of China has been exponential. China became a member of the World Trade Organisation (WTO) on 11 December 2001 and in doing so started its integration into the global economy. This has exceeded all early expectations. We saw the development of its low-cost manufacturing base as companies shifted out of Thailand and other regional centres and moved to set up in China. It was the start of an economic revolution that has seen China develop into a powerhouse to rival the US.

From an investment point of view, however, although Chinese growth was rooted in cheap manufacturing companies, it was never our view that this was where the most exciting opportunities lay. Volume manufacturing is based on cheap labour and inevitably, labour costs rise over time so this did not seem to be a path to sustainable returns. Instead, we sought to focus on the developing consumer economy and those companies benefiting from this domestic growth – insurance companies, banks, supermarkets.

Today, we have come almost a full cycle, whereby Chinese manufacturing is moving back into Thailand or Vietnam. The early catalyst for this was higher wages. It was no longer as economical to produce goods in China. However, it has also been government policy to move away from low-cost manufacturing and into higher-end goods, developing a self-sustaining consumer economy. This process, now well-established, has been accelerated by the recent US/China trade dispute. Global companies are looking to take their manufacturing out of the firing line to less politically sensitive areas.

The growth of China has been an important catalyst for the development of intra-Asian trade, which has been growing at around 4% a year for the past two decades(1). Today, we see products assembled in China with parts from all over Asia. However, it is not just China – there are regional hubs developing, such as Thailand. If the trade war with the US continues, this is likely to accelerate. This leaves Asian economies less dependant on Western economic might to grow.

Vietnam is typical of these new markets, with a growth rate of over 7% a year. There are others waiting in the wings. Indonesia, for example, could be the fifth largest economy within 30 years. Myanmar also holds promise.

Innovation is booming, with Asian technology companies competing with and, at times, eclipsing, their Western rivals. Many of these companies don’t need to list and are slow to come to public markets.  Investors had to hold out to invest in Tencent and Alibaba. Amid these giants, it can be quite a struggle for small companies to make progress. Although technology has been the big story of the past few years, to our mind, it has not trumped the strength of the consumer story – retailers, banks, consumer stocks such as Unilever, plus Taiwan Semiconductor and Samsung. We have held some of these companies since the launch of the Trust.

There has also been a change in attitude among global investors towards Asian stock markets. Even with two-thirds of the world’s population and 90% of the world’s growth, they didn’t have a legitimate feel. They used to be regarded as a wild card and were overlooked by asset allocators. Today, the financial system in Asia is far more professional and this has brought in global investors. Speculative investment has really slowed and there are more professional fund managers looking at the markets. This is a real change from 30 years ago.

On the ground in Asia, we have seen the landscape change profoundly. As well as the skyscrapers that have been added to the Shanghai skyline, infrastructure has expanded across the region – from roads to rail to airports to digital infrastructure. This has allowed Asia to catch up and even leapfrog Western markets in many areas.

What comes next for the region? We see more of the same. To our mind, the most important factor in sustained growth in the region is Chinese politics and the future of the Communist Party. India, with its UK-style democracy, is more stable politically. Many countries in the region are reforming, moving from dictatorship to quasi-democracy. We see Asia continuing to drive forward, growing as a share of the global economy. We see emerging nations such as Bangladesh and Pakistan playing a more important role. It will be exciting and full of opportunities.

Aberdeen Standard Investments is a brand of the investment businesses of Aberdeen Asset Management and Standard Life Investments.

Risk factors you should consider prior to investing:

Issued by Aberdeen Asset Managers Limited which is authorised and regulated by the Financial Conduct Authority in the United Kingdom. Registered Office: 10 Queen’s Terrace, Aberdeen AB10 1XL. Registered in Scotland No. 108419. An investment trust should be considered only as part of a balanced portfolio. Under no circumstances should this information be considered as an offer or solicitation to deal in investments. Find out more at: http://www.newdawn-trust.co.uk 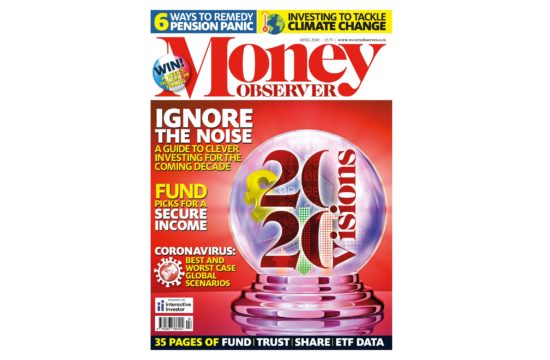